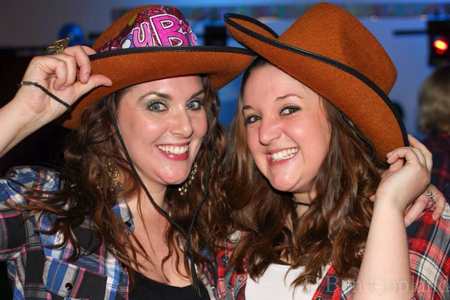 Yesterday me and Lee were in Ramsden near Billericay for Hollie’s 30th surprise 30th birthday party.

We got to the venue at 6.30pm and had a very warm welcoming chat with Hollie’s mum Sue. After loading in the gear and setting up we were told that there was a sound limiter in the room. Limiters are fine to work with if you do a sound check before you start and set you’re maximum limit on the mixer, which we did.

Hollie was due to arrive at 8pm but somehow ended up being 10 minutes early which nearly caught us all by surprise! As usual, when the birthday girl/boy walks into the room everybody shouts “surprise” and the DJ will play a birthday or celebration song. Not this time!.

Because of the limiter, when everybody shouted “surprise” at the same time, this kicked the limiter into action and turned off our whole rig for about 30 seconds. After speaking to a few people during the evening and we told them what had happened, they all said that they hadn’t even noticed so I think we got away with that one!

Hollie’s party was country & western themed so throughout the night we mixed in a number of tracks like, Billy Ray Cyrus – Achy Breaky Heart, Dolly Parton – 9 to 5 and The Woolpackers – Hillbilly Rock, Hillbilly Roll.

Towards the end of the night we played lots of rock & roll which hit the nail on the head and got nearly everybody up dancing.

I know this is a bit late but I went on holiday after my party and have only just got back.

I wanted to say thanks very much for making my party a great night and playing all the right tunes.

Many people said to me that the DJ was very good and helped to make a great night.

I would have no hesitation in using or recommended you in the future.