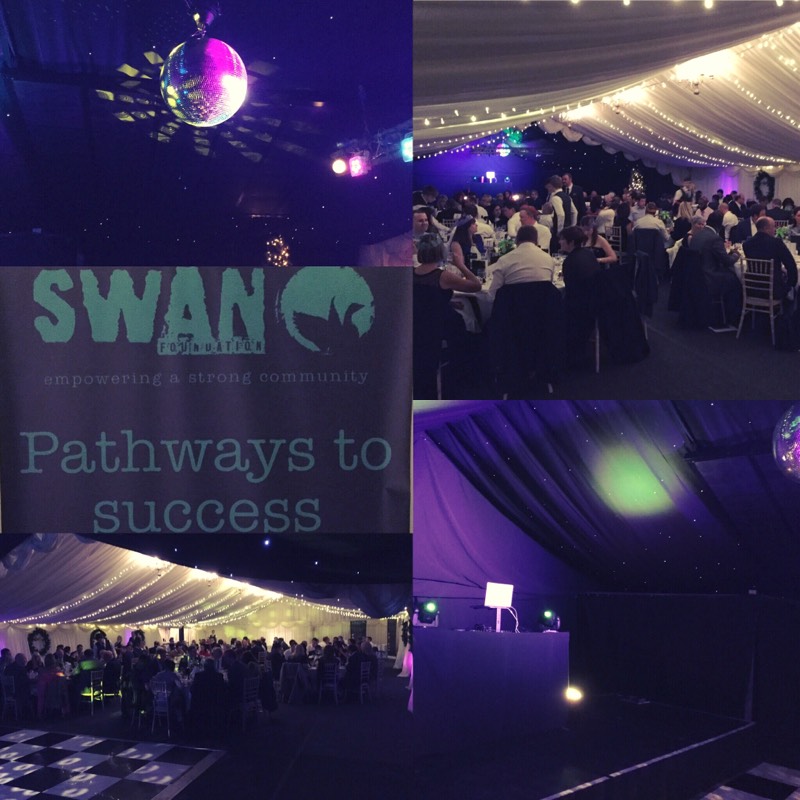 December 2016 Highlights…
It’s Christmas party season for DJs and we kick off in one of our top local wedding venues, Greenwoods Hotel  & Spa in Essex. We gave ourselves around 45 minute setup time which is plenty of time as we have perfected our DJ setup drill, we can actually have music on and ready The Swan foundation were hosting the annual Christmas party,  I played Christmas background music during the meal, in between eating they hosted a Auction with some awesome prizes up for grabs such as trips to Wembley and Meals at Gordan Ramsey’s restaurant, we supplied our wireless microphone for this part of the night. As a compare hosted the auction.

There was a total mixed age group on the night, standard for most work Christmas party’s this time of year, with knowing that I played a vast range of music genres from 80s & 90s classics, some current dance and finished the party of with some Christmas End of the night favourites, by midnight I was happy to have a good dancefloor of guests, took various requests on the night including Motown, chart hits and anything else I thought would work well with our party guests.

"Just wanted to send you a quick email to say thank you. Didn't get a chance to say goodbye last night but we couldn't of asked for better music. So pleased, thanks."