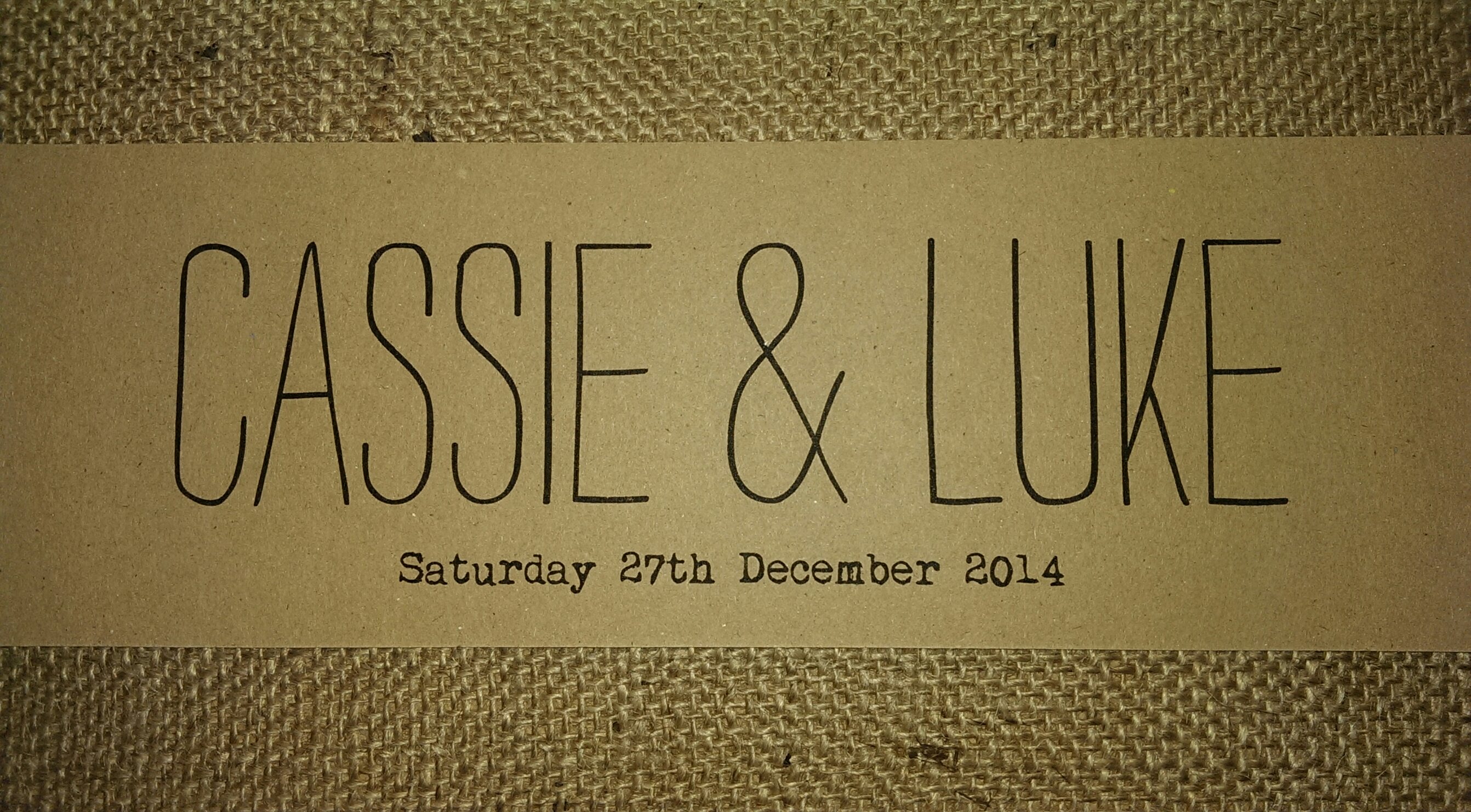 This Saturday me and Lee where in central London for Cassie & Luke’s wedding reception at The Zetter Hotel.

It was a slightly later start than we are used to but it was a fantastic venue and great people.

We were due to start at 9/9.30pm but things were running a little late so we just had to wait for the deserts and speeches to finish. We managed to get in the room just after 10pm to setup and were ready by about 10.30pm.

We played a few tracks from George Ezra and The Lumineers while people filtered back into the room. It wasn’t long before everyone was back in the room and we got Cassie & Luke’s first dance under way.

Like some couples, they weren’t too keen on standing in front of everybody for too long so we called up their friends and family to join them about a minute into the first dance track.

As it was a bit of a late start anyway and people had had a few drinks, the night went rather smoothly and we were originally due to finish at 12.30am. That was quickly changed to 1am, then 1.30am and finally finished at 1.45am!

Lee was recently the DJ for our wedding and was brilliant. He played the right amount of different types of music and we loved that he replayed our first dance song as the last song of the night which got everyone singing and dancing. Thank you lee

"I just wanted to say how grateful we are to you. You were fantastic in Basildon and created a great atmosphere. I personally gave your number to two Party Planners, and a Wedding Planner."

"The production company are expecting on average 2.5 million viewers when the show is broadcast in early 2012 given your company the exposure it really deserves."

"Thank you once again, we will defiantly recommend you and use you again."